A building has been on this site since about 800AD 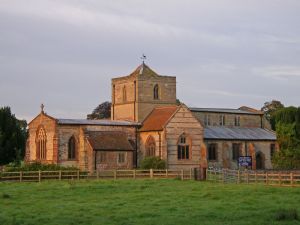 The first church was probably wooden before the arrival of the Normans when the present church was started. There have been lots of additions and changes over the years with bits added on or replaced, especially when the tower fell down! The present roof was put on in the 1930s. 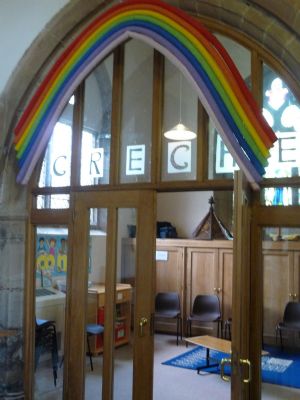 In the 1990s the South Transept (to the right of the Tower) was enclosed to provide a Prayer Chapel where smaller services are held, including a Thursday morning  Communion service.

It is also a place where people can come for specific prayer after a service.

Later, the North Transept (to the left of the Tower) was enclosed to provide a Children's chapel which is now the home of the Creche.

Two Church Rooms were built in the churchyard in the 1970s and added to again in the 1990s.

The Brandon Room and the Wolston Room are used for all kinds of activities including a regular Toddler group,  a monthly 'Who let the Dads out' group for children up to 11 and male carers, plus a Men's breakfast group, Caleb Cinema Club and a Brownie Pack. 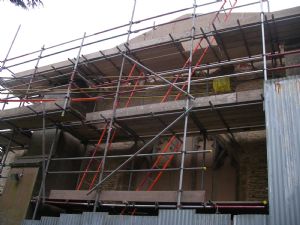 In 2005 we embarked, with
English Heritage, 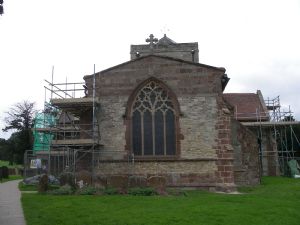 on some much needed work, starting, as we were advised, with the outside. We received grants which enabled us
to restore the stonework, windows and so on. This was a major operation and required grant funding from English Heritage, Veolia and others.

In 2019 we launched a major project to replace the internal floor, which was over a hundred years old and was rotting and dangerous in places.

We took the opportunity to put in underfloor heating and a beautiful oak internal porch so that the church is now a warm and welcoming place.  We also put in new much more comfortable seating, which is highly flexible, and can be set out for various activities. 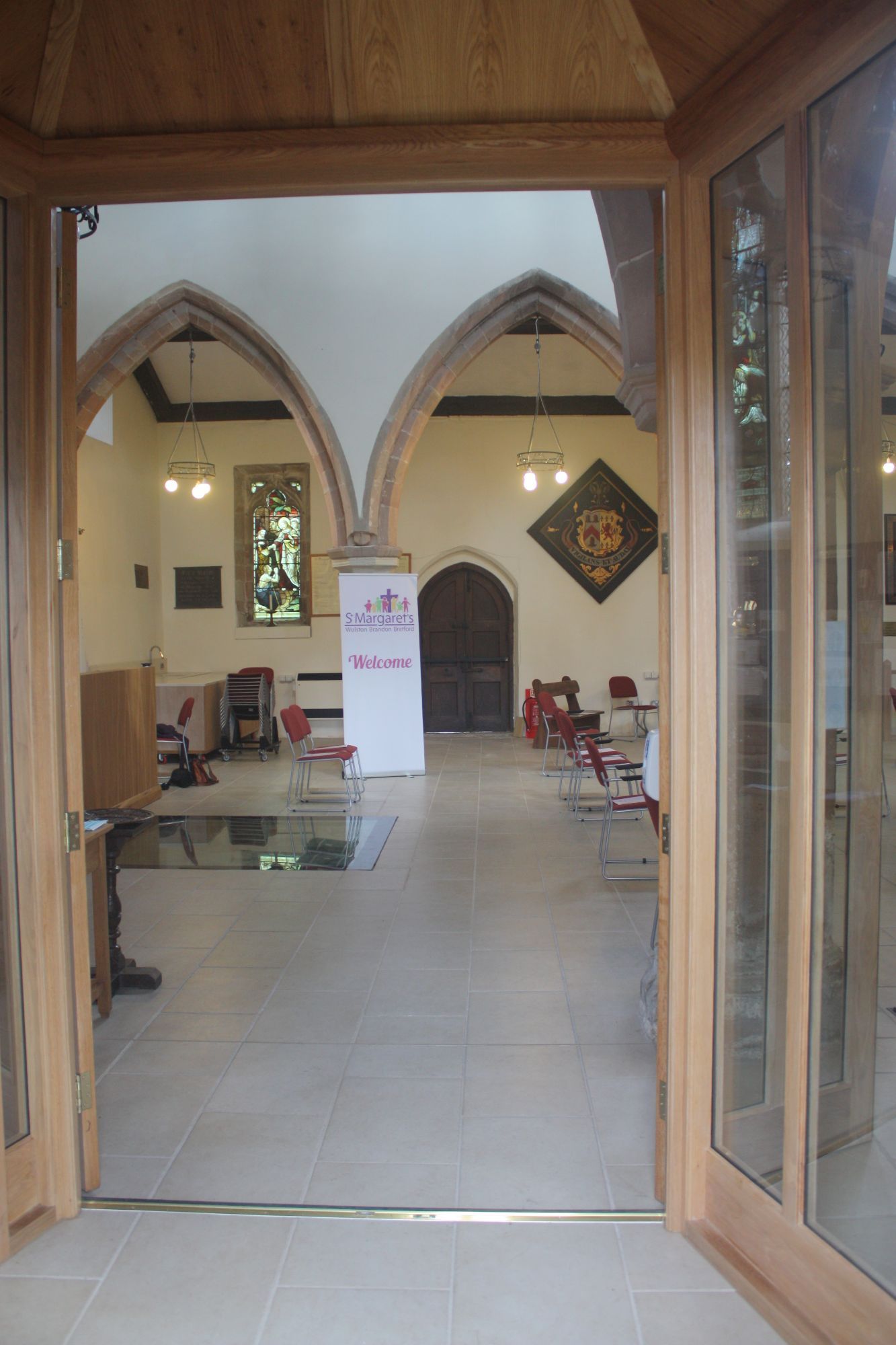 Because this is below the current floor level, it has been encased and covered with floor grade glass, to allow this thousand year old piece of history to be displayed.

When you next go in the church you can stand right over it. It is on the left as you look through the church door.

The original font has not survived but a later 14th Century font has.

It is said to be the finest font in Warwickshire and is now sited by the entrance porch.

In November 2019, the Bishop of Coventry joined a packed church for a wonderful service of Thanksgiving and Dedication.

The church is usually open on Wednesday mornings during Maggie's Cafe. 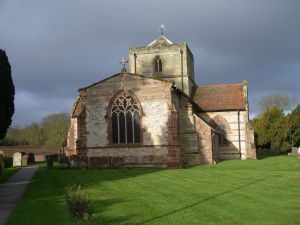 When the church is open you are especially welcome to come and look round, to pray or just have some space to stop and think.